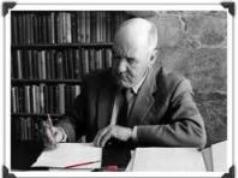 Parkinson’s law sounds like something out of a medical dictionary, but in time management terms, this adage was made famous by Cyril Northcote Parkinson in an article in the Economist magazine in 1995. Simply put, Cyril stated that “Work expands so as to fill the time available for its completion,” in other words, the longer you allow yourself to work on a specific task, the longer you will spend working on that specific task. Another way of stating the same principle is.,“The amount of time which one has to perform a task is the amount of time it will take to complete the task.”

Parkinson’s advice to us is to create our own mini deadlines within the real deadlines in order to ensure we do not make a mountain out of a molehill. This is great advice for perfectionists who love to get stuck and over-perform. Procrastinators must also take heed as believe it or not procrastinators even use tasks to avoid other tasks, and can spend far too much time working on ‘important’ things to avoid the really important things!

It has even been proven that if we allow less time to work on a project, we often produce better results. The longer we ‘mess around’, we tend to second guess ourselves and start to suffer from that deadly condition that The Time Clinic likes to call ‘overanalysis paralysis’.

So, the next time you have a large or medium sized project in front of you, create your own mini deadline within the actual deadline. What is the worst that could happen? Exactly! It’s a win-win situation, chances are you will finish sooner than expected, and even have time over to address the really important stuff.

Did you know that Cyril derived his conclusion after his extensive work experience in the British civil service? Enough said.

The Time Clinic is a product of The Skills Clinic (Pty) Ltd.

Navigation
Follow Us
The Skills Clinic is a SETA accredited provider

Your prescription for success!

We're not around right now. But you can send us an email and we'll get back to you, asap.

You can find out more about which cookies we are using and how they pertain to POPIA here. 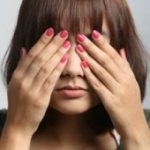 The dangers of inadequate future orientationUncategorised 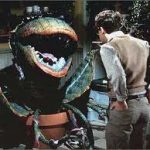 Creating positive change by appealing to your hedonistUncategorised

This website uses cookies so that we can provide you with the best user experience possible. Cookie information is stored in your browser and performs functions such as recognising you when you return to our website and helping our team to understand which sections of the website you find most interesting and useful.

Strictly Necessary Cookie should be enabled at all times so that we can save your preferences for cookie settings.

If you disable this cookie, we will not be able to save your preferences. This means that every time you visit this website you will need to enable or disable cookies again.